You are here: Home » News » Industry Information » What Should Be Paid Attention to After Injection Molding with Color Masterbatch?

What Should Be Paid Attention to After Injection Molding with Color Masterbatch?

Nowadays, color masterbatch granule is the indispensible colorant for many products due to its advantages. So, it is widely used in many applications including plastic industry.  Then what should be paid attention to after injection molding with color master batch? In this article, we will introduce the problems appeared during the process of production. 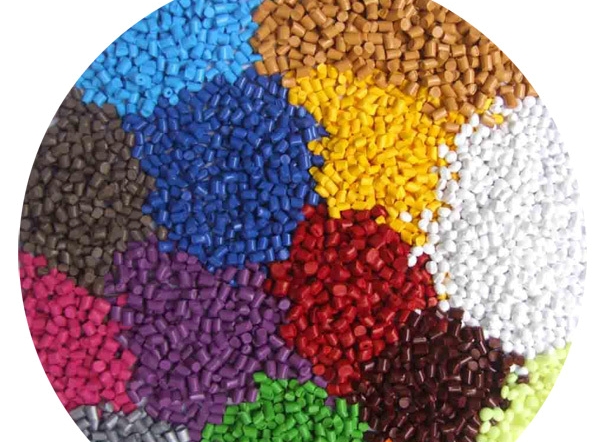 Usually there are some problems occurred after adding color masterbatch products to injection molding. For example, there is stripe-like pigment strips appeared in the product under the sun. Generally you need to consider this problem from physical and mechanical properties of plastic and molding process of plastic.

1. If the temperature of the injection molding equipment cannot be controlled well, the color masterbatch particles will not be fully mixed with the resin after it enters the mixing chamber.

2. If a certain back pressure isn’t applied to the injection molding machine, the screw mixing effect will be bad.

3. The dispersibility of the color masterbatch is bad or the resin is not plasticized completely.

How to solve the problems in the operation of the equipment?

It is recommended that you should pay attention to the following issues in the operation of the equipment after using a certain coloring masterbatch.

1. The mixing cavity of an injection molding machine or an extruder generally has multiple temperature zones, and the temperature of the section near the blanking port should be slightly higher. This is to make the color master batch melt quickly after entering the mixing chamber, and mix it evenly with the plastic resin as soon as possible, which will help the color masterbatch pigment to be in a good dispersion state in the product.

3. Properly increase the temperature of the die head of the extruder to increase the brightness of the product.

If it is still not good after you adjust through above ways, it may be the problems between dispersibility or matching of masterbatch and the resin. At this time, you should contact with the masterbatch manufacturer to solve it. If the product looks that it is easy to be broken after using a certain coloring masterbatch product, this problem may be caused by poor diffusion and miscibility. Usually the poor quality of the dispersant or auxiliary agent selected from manufacturer will make the diffusion and miscibility poor. And it will influence the physical and mechanical properties of the product.  Although the color problem with too deep or too shallow looks very simple after using the ratio on the color masterbatch specification, there are many possibilities to cause it. For example, using too little or too much pigments in the process of production and the master batch particles have not been carefully tested, or inaccurate measurement in the use, or the matching problem of color masterbatch and resin.