You are here: Home » News » Industry Information » What Is Flame Retardant Additives?

What Is Flame Retardant Additives?

Without any doubt, a large number of people do not know the flame retardant additives as well as functional additive masterbatch because they do not be in that surroundings. However, flame retardants are in a unique position among plastics additives. In addition, they are both made by regulations and yet are threatened by other regulations. They are expensive and lower the physical properties of the plastics such as packing material plastic in which they are employed.

On the other hand, because of environmental and toxicity concerns at present, regulators pay more attention to the important halogenated and antimony-based synergist flame retardants which have been developed over the years. Any regulations which limit the use of such products like the protective plastic film will again change the industry and force producers such as plastic manufacturers to develop a new generation of products.

Flame-retardant additives are crucial for plastics like Mulch Film Plastic as a kind of essential safety material. Many industries will use the flame retardants like transportation, building, appliance, and electronic industries in plastics like mylar plastics to prevent human injury or death and to protect property from fire damage.

To be honest, flame retardants can help reduce the ease of ignition smoke generation and the rate of burn of plastics such as PE blowing film plastic products. There is no doubt that flame retardants can be organic or inorganic in composition and typically contain various chemicals such as bromine, chlorine, phosphorus, or aluminum materials.

Then, products can also be categorized as being reactive or additive. Reactive flame retardants chemically bind with the host resin while additive ones are physically mixed with a resin and do not chemically bind with the polymer just like additive masterbatch. Flame retardants are usually used at loading levels from a few percent to more than 60% of the total weight of a treated resin since they can degrade the inherent physical properties of the polymer.

Flame retardants are needed in the plastics market like a clear plastic film for costs and performance demand. Moreover, it is also driven by a number of competing forces ranging from fire standard legislation and toxicity regulations to price situations, performance, and other market factors. Demand for the major types of flame retardants has been greatly shifted on account of those combined factors. In addition, large numbers of new flame retardants have emerged, which are designed for both traditional and specialty niche markets. 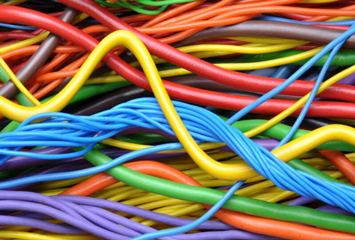 They want to create viable, non-halogenated flame-retardant products. Hence, customers who do not attach great importance to the environment are especially reluctant to sacrifice the cost or performance advantage of brominated products. In the future, organic phosphate, inorganic phosphorus, melamine salts, and inorganic metal hydrate approaches seem to be the primary directions being followed to develop non-halogenated alternatives, which should attract manufacturers’ attention.